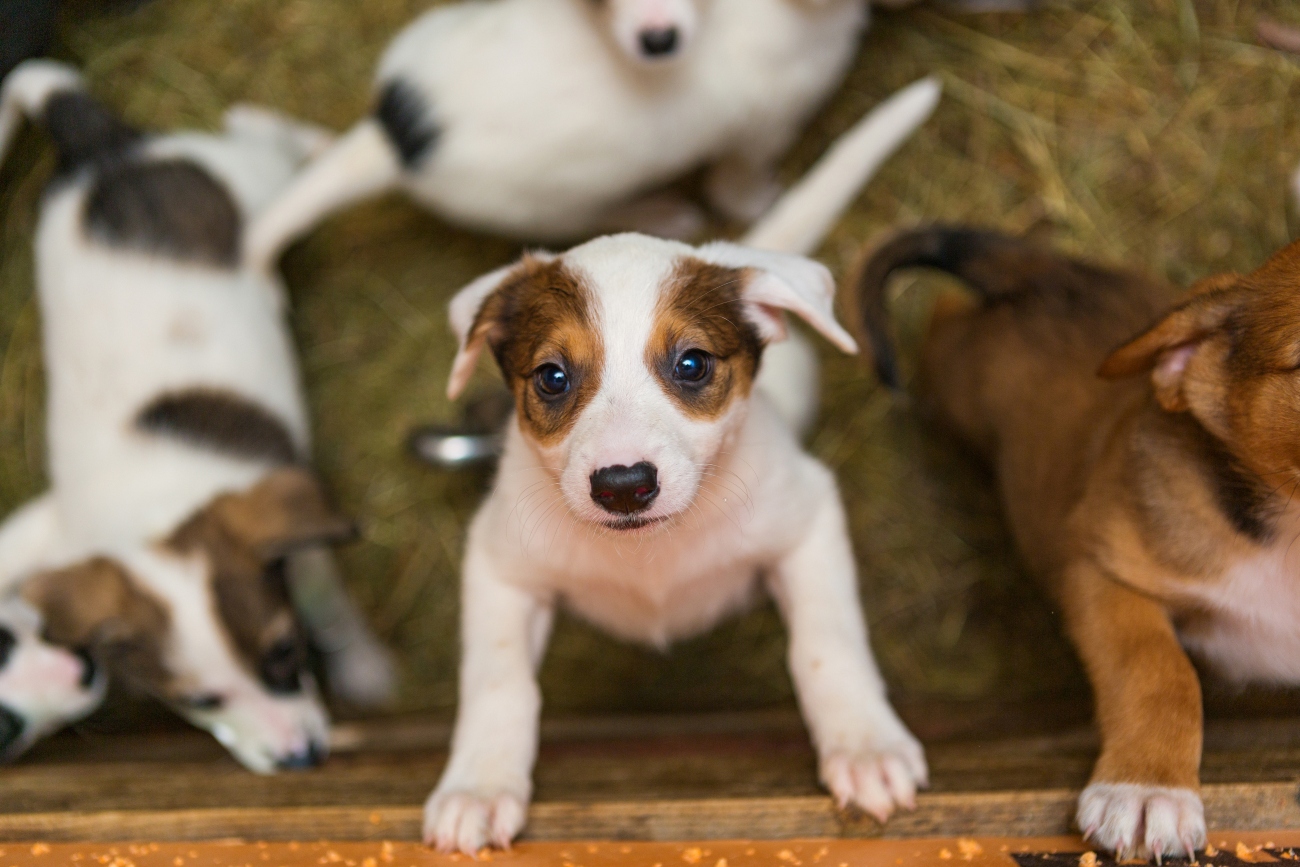 Is my dog too old to have puppies?

We can all agree that puppies are simply adorable. But pregnancy carries certain health risks, especially if the pregnant pup is getting on in years. If you’re considering breeding from your older dog, or your ageing canine has become pregnant by accident, then read this helpful article. It’ll help you work out whether your dog might be too old to have puppies.

All dogs deserve to lead a happy and healthy life, but the likelihood of illness, disease and injury increases as your pet ages. That’s why it’s important to have the right protection at every stage. Pet insurance for senior dogs is the best way to ensure they’ll always have the care when they need it without worries over financial costs. 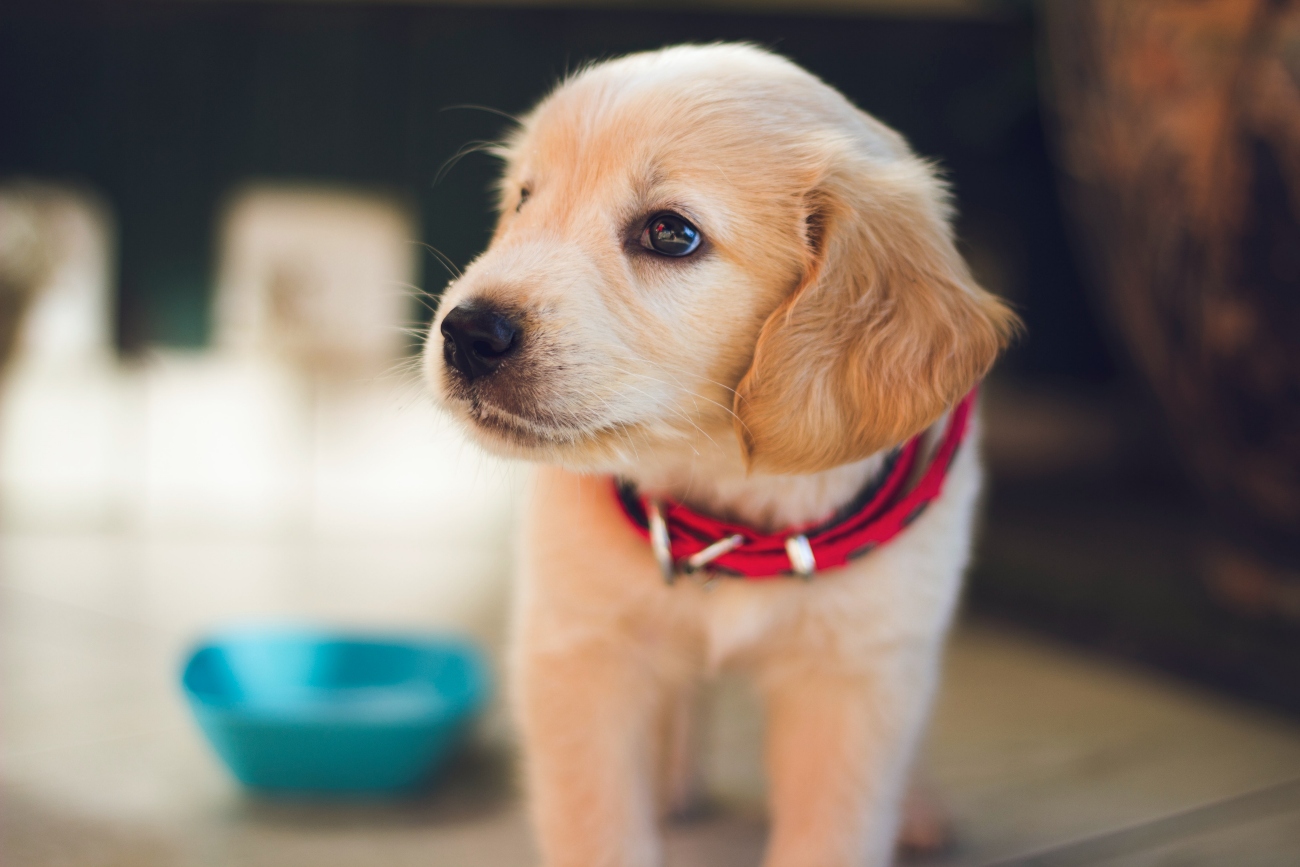 When do dogs have puppies?

While there are many similarities between humans and their dogs, when it comes to reproduction there are some key differences. Most human females stop being able to conceive children sometime in their early 50s, around half-way through their lives. However, animals, dogs included, are capable of conceiving and giving birth to young until much later in life.

You might be surprised to learn dogs don’t experience the canine equivalent of the human menopause. So, unless they are spayed, female dogs can continue to have heat cycles and theoretically become pregnant even into old age. However, this is associated with a lot of risk factors and should be avoided.

In terms of when dogs can start to have puppies, males become fertile from around five or six months old. While females usually reach sexual maturity when they are six months old. In both cases toy and smaller breeds tend to mature earlier than large breeds.

However, just as with older dogs, even though a dog can have puppies from this age it doesn’t mean they should. To make sure the female is in the perfect condition for pregnancy you should wait until they’re fully grown. This happens at around one to two years for smaller breeds and two to three years for large breeds.

Pregnancy puts a big strain on the body of a female dog. If they’re too young or too old this can often lead to birthing complications, premature labour, and stillborn puppies. That’s why it’s so important to not start breeding too early in their life or continue to do so when they’re too old.

Should you let your dog have puppies?

Deciding whether or not to let your female dog have puppies in the first place is an important question for any dog owner and should never be taken lightly. You should only ever let your dog have puppies if you’ll be able to find homes for the new litter. And your dog is healthy and strong enough to carry a pregnancy and handle puppy birth. The age of your dog will be a big factor in this calculation.

Indeed, pet charity PDSA recommends getting pet dogs spayed or neutered. It says that the procedure brings a lot of health benefits for both male and female pets including:

For owners considering breeding from their pet the Kennel Club has lots of useful information that’s well worth reading through.

Common health conditions and complications from pregnancy in older dogs

The Kennel Club won’t register litters from a female who is 8 years of age or older. After that age, even if the female does get pregnant, the risk of complications during pregnancy and birth rises significantly. An older dog could experience a difficult pregnancy and may even need an emergency C-section. There’s also a greater possibility of only a single pup being born, and stillbirths of several or all pups of the litter.

After giving birth, nursing puppies is tough even for a younger dog in great physical shape. Even with added supplements, older females may become very weak and have difficulty producing enough milk for their pups.

There are also several health issues and complications that can arise including:

How many times can a female dog have puppies?

It’s clear that pregnancy can have a big impact on a female dog’s body. Each time a litter is produced, the female’s reproductive system deteriorates just that bit more. In order to protect the wellbeing of both the mother and any puppies, female dogs are normally ‘retired’ from breeding after a certain number of pregnancies.

For example, the Kennel Club says it will refuse to register a litter if the female has already produced four litters, unless there are exceptional circumstances. They will only register such a litter if there is evidence from a vet as to the suitability of the female. And if permission had been sought before mating took place.

It’s clear breeders and the authorities are in agreement that a dog is not a puppy factory. While dogs can stay fertile for much of their lives, that’s no excuse for overbreeding.

But it’s not just the number of litters that needs to be taken into account, there are other factors, too. As we know, no two dogs are exactly the same. While one may happily produce four litters with no problems, four may be far too much for another.

First, there’s the age of the female dog when they produced their first litter. The older the dog was, the less litters she should produce during her life. Next, there’s the health and strength of the female dog. Are they capable of handling pregnancy and the birthing process multiple times? If they develop certain health conditions along the way, their breeding life will inevitably be cut short.

Overbreeding can drastically reduce a female dog’s quality of life. For example, they might end up suffering from a range of medical issues including joint problems, respiratory issues and birthing difficulties – all of which can combine to shorten a dog’s years. As well as having pet insurance for older dogs, you also need to make the best decisions for your faithful friend. 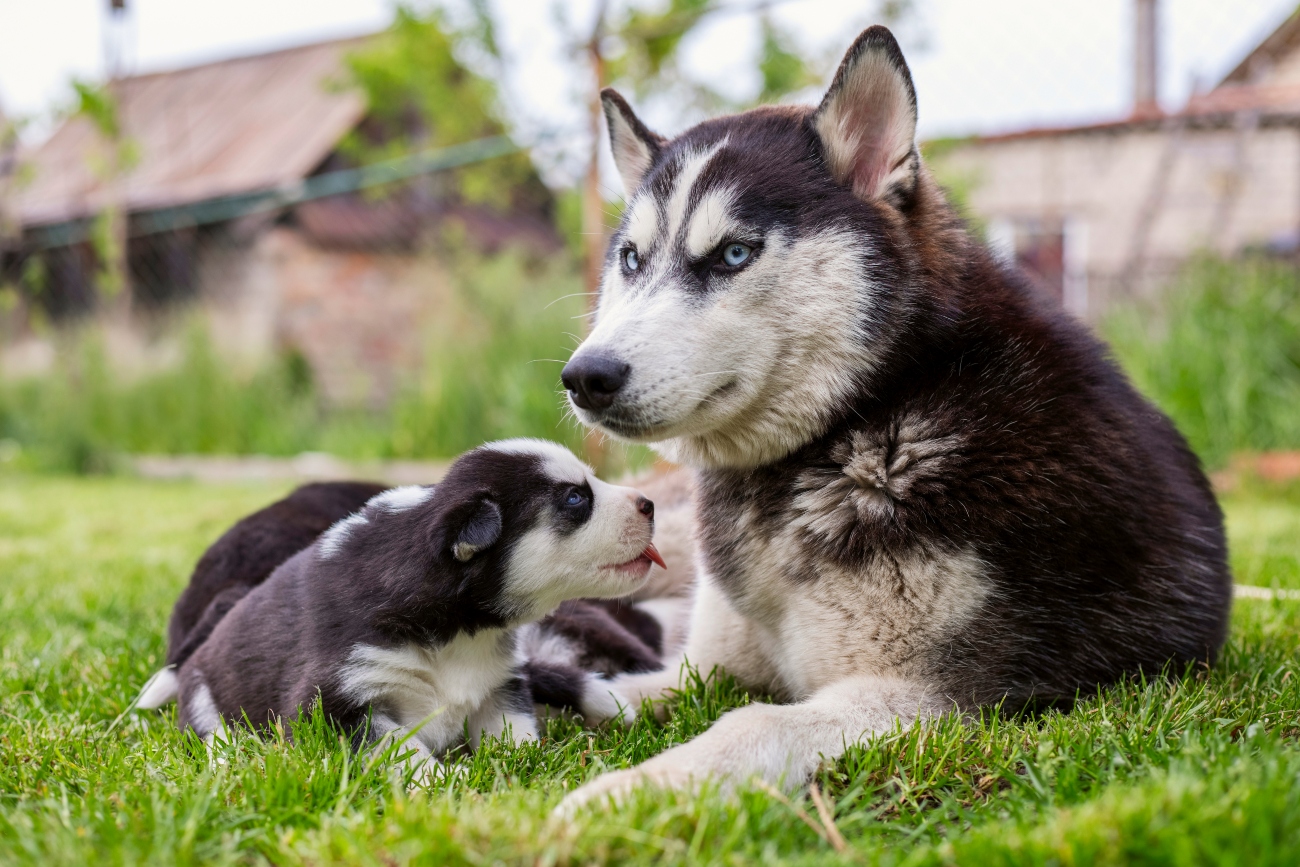 At what age should they stop breeding?

While dogs are capable of having puppies at any age, vets advise that breeding should have stopped by the time the female dog reaches eight years old. Although many breeders stop breeding from as early as five to six years of age. Some breeds of dog are retired earlier from breeding owing to physiological issues that cause complications during pregnancy.

But this is a very broad-brush approach and there are several other factors, aside from age, you need to balance when it comes to deciding when they should stop breeding. These include:

Signs your dog is too old to breed

Every dog is different and you will probably be a better judge than anyone as to when your dog should stop breeding. To help you out we’ve come up with some signs to look out for that your dog is too old to have another litter.

In addition to the age of your dog and the number of litters they’ve produced, signs that your female dog is too old to breed include:

Be aware it isn’t just the age of female dogs you need to watch when it comes to breeding. While male stud dogs can often reach 10 to 12 years of age before they retire that doesn’t mean they should keep going that long. The older they get, sperm quantity and quality will be reduced.

Problems to look out for with older male dogs include low conception rates, smaller litter sizes and signs of declining health.

How do I know if my dog is pregnant?

Look out for these telltale signals that could mean your dog has fallen pregnant:

Be aware there are many other conditions that could cause changes in appetite, weight, and belly size. To rule out a more serious condition, take your dog to the vet for a check-up. If you have pet insurance for older dogs arranged through Petwise then you also have access to our 24-Hour Vet Helpline. Staffed by veterinary professionals, it’s a great opportunity to ask for guidance on a range of canine health issues.

While such signs are useful indicators, the most accurate way to tell if a dog is pregnant is through proper diagnostic testing by a trained veterinary professional. These tests can include the following:

My older dog is pregnant – what are our options?

If a female dog has not been spayed, then no matter how old she is there is always the chance of an unexpected pregnancy. If that happens, then you need to carefully consider your options. So, what are they? 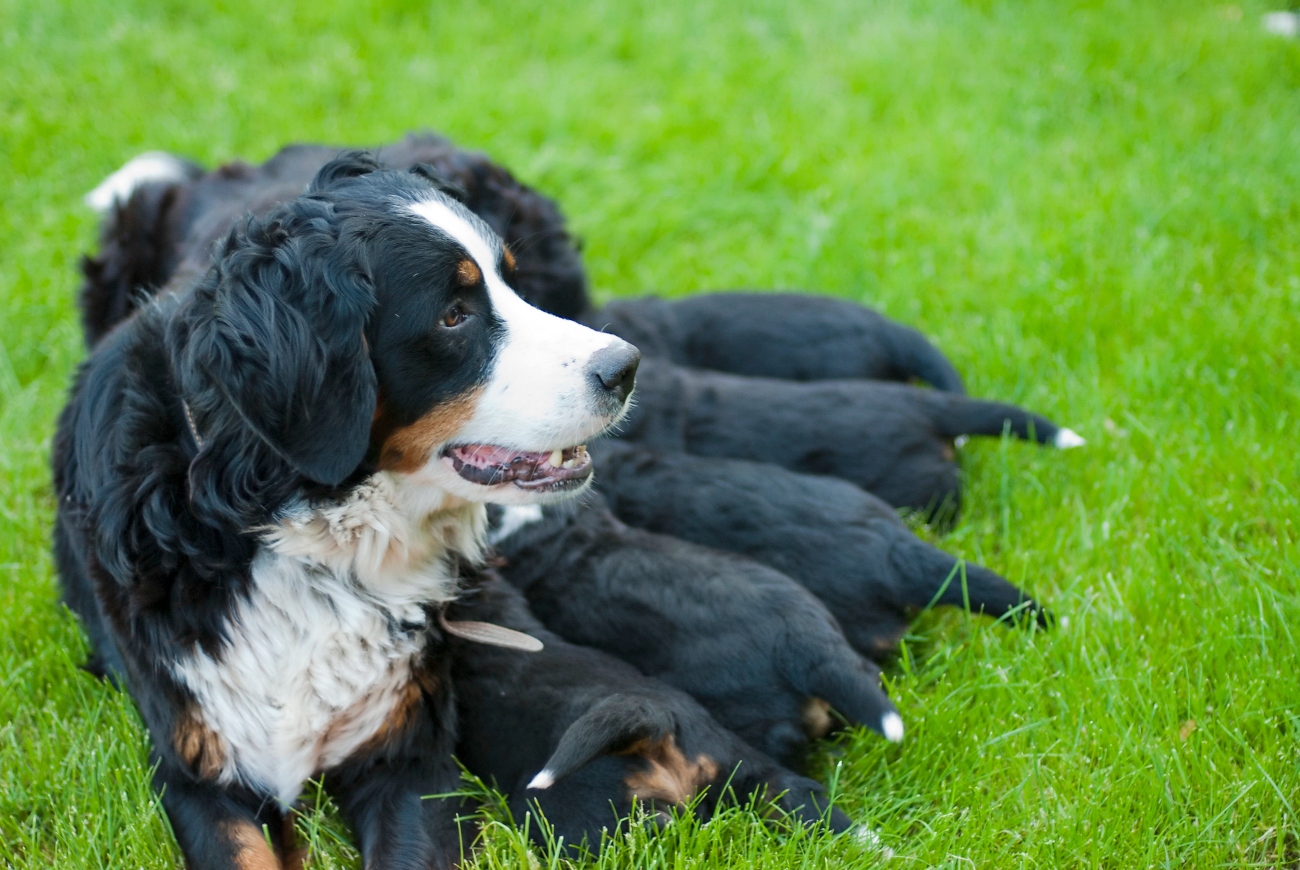 Go through with the pregnancy

Perhaps the most obvious course of action is to allow her to have the puppies. However, as we have already said, there are many risks to the mother and puppies of doing this.

Even if the puppies arrive safely, what are you going to do with them? If they’re pedigree pups then you might not have a problem finding good homes, but what if they’re not? Rehoming centres and animal charities are already overwhelmed by the numbers of unwanted dogs, especially after the pandemic.

If you do decide to go through with it then your canine will need extra care to stay healthy and deliver her puppies without complications. This will undoubtedly involve frequent visits to the vet to keep a close eye on her health.

While all dogs need a rich, healthy, and well-balanced diet to bear with the struggles of pregnancy, this is even more so for older mums. Pet insurance for older dogs can include a senior food contribution of £25.

But be aware that common exclusions to pet insurance for older dogs can include routine, elective or preventative treatments such as spaying or neutering, vaccinations, flea treatment, worming and pregnancy, so double check what your policy covers.

Have your older dog spayed

If you don’t plan on your older dog having any more litters, then spaying during pregnancy is another option. Although it’s a more specialised, longer procedure and does carry greater risk compared to regular spaying. This is because the blood vessels serving the ovaries and uterus become enlarged and carry more blood during pregnancy. Making them more prone to bleeding during the operation. It’s usually carried out in the earlier stage of pregnancy.

It is possible in certain circumstances for a vet to perform a surgical abortion and leave the female dog entire for future pregnancies. However, abortion is a complex procedure and places a lot of stress on the dog. Indeed, in the later stages of pregnancy vets typically advise owners to let the pregnancy run its course.

Injections to prevent or terminate the pregnancy

If you suspect your older dog is pregnant then a mis-mating injection can be given up to 22 days after conception. At this early stage it’s usually completely effective. If administered later its success rate falls drastically. Usually, an ultrasound examination will be needed to confirm the injection has been successful.

Where can you find pet insurance for older dogs?

At Petwise, we believe every dog should receive the best care no matter what their age. That’s why when arranging insurance through us there’s no upper joining age limit.

Finding the right pet insurance for older dogs is so easy with Petwise.

Give our dog-loving UK-based team a call and get a quick quote today.