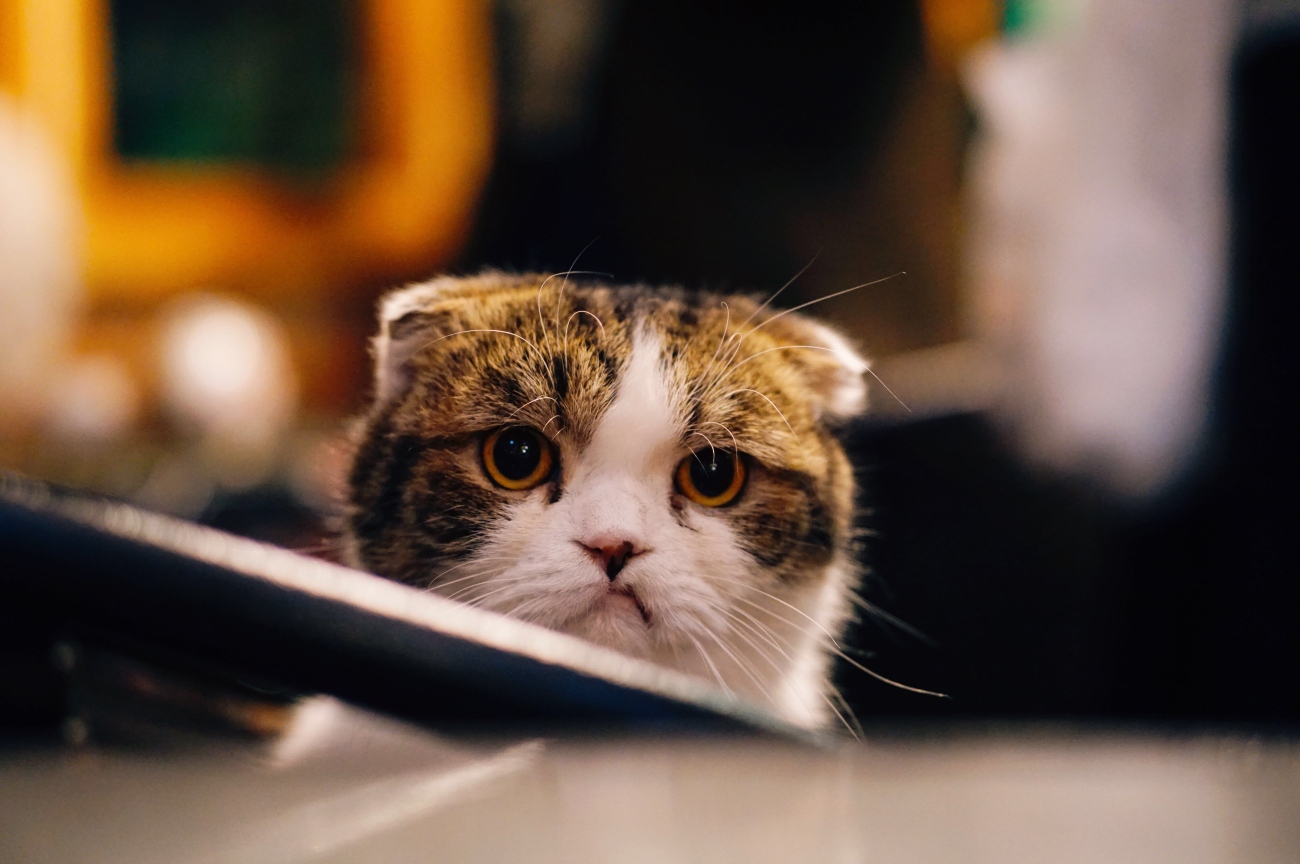 How to calm down an angry cat

Cats are well known for being temperamental. They can go from being friendly to fiery in a second – and it sometimes doesn’t take much at all for them to flip! It’s part of the reason we love them so much. But, faced with a furious feline, you’ve got to know what to do so that you and your beloved pet don’t get hurt.

An angry cat can do a lot of damage to someone if they are not managed properly. They might only have relatively small mouths, but those teeth can still pack a punch. Unlike a dog, they also have four paws which can act as a weapon, potentially inflicting severe lacerations that can be painful and become infected.

In a recent cat attack in Worthing, West Sussex, a woman described how she was left with 24 puncture wounds after a fiery feline took a dislike to her. The cat, owned by a local councillor, was said to be “wonderful” and "everyone likes him". But the victim described the cat very differently, calling it “deranged and vicious”.

It sums up just how unpredictable cats can be at times (which is why you need cat insurance to protect you from those unexpected events). But if you can understand cat cues, you can often avoid aggression turning into conflict. 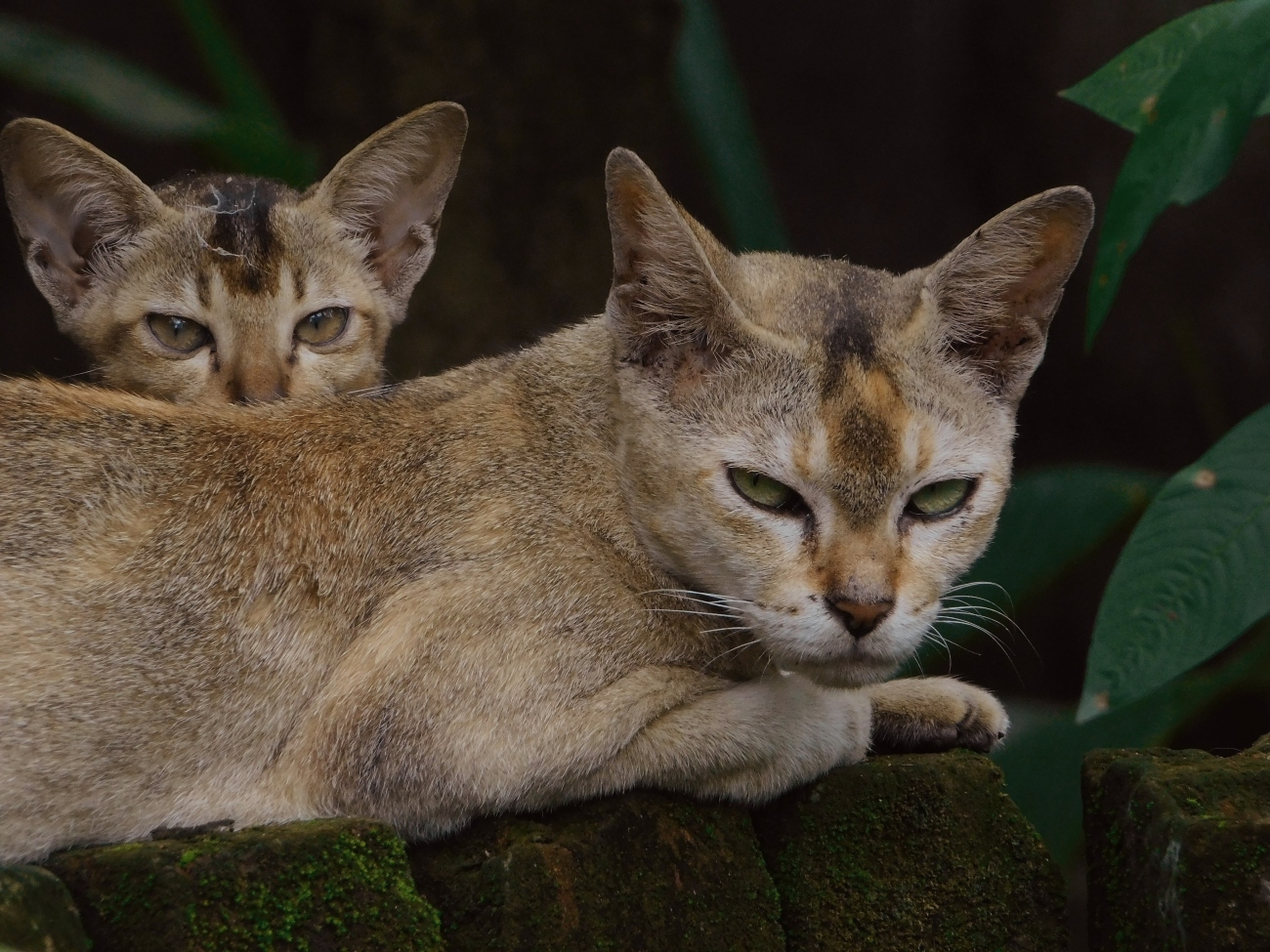 You don’t have to be a cat whisperer to understand what a feline is feeling. But it’s not always easy to read what a cat is telling you with their body language and expressions alone.

In a major study of 6,329 people from 85 countries, participants were, on average, only around 50% successful when trying to read whether the cat in question was distressed or happy. They watched between two to 20 short videos of cat expressions, scoring an average of 11.85 out of 20 ratings correct.

Understanding a cat’s behaviour is good for more than spotting the signs of anger and aggression. It can help you spot ill health and depression in your feline friend, and respond accordingly.

Cat food specialists Purina has put together a handy guide to cat behaviour, which we have condensed below:

What are the cues of an angry cat?

It makes sense to spend a little longer looking at some of the cues of an angry cat – although, it will often be quite obvious when you’ve got a feisty feline on your hands!

They will be rigid, with their tail either erect or curled around and under their body. It’s all part of their attempts to make themselves look threatening – their fur will raise too, with their eyes hard and focussed on everything they perceive to be a threat. If they start hissing or lurching towards you or somebody else, you know that you’ve got a real situation on your hands.

In order to defuse it, it can help to understand why the cat in question is acting the way it is. Here are four typical reasons why a cat might be showing a side you’ve never seen before: 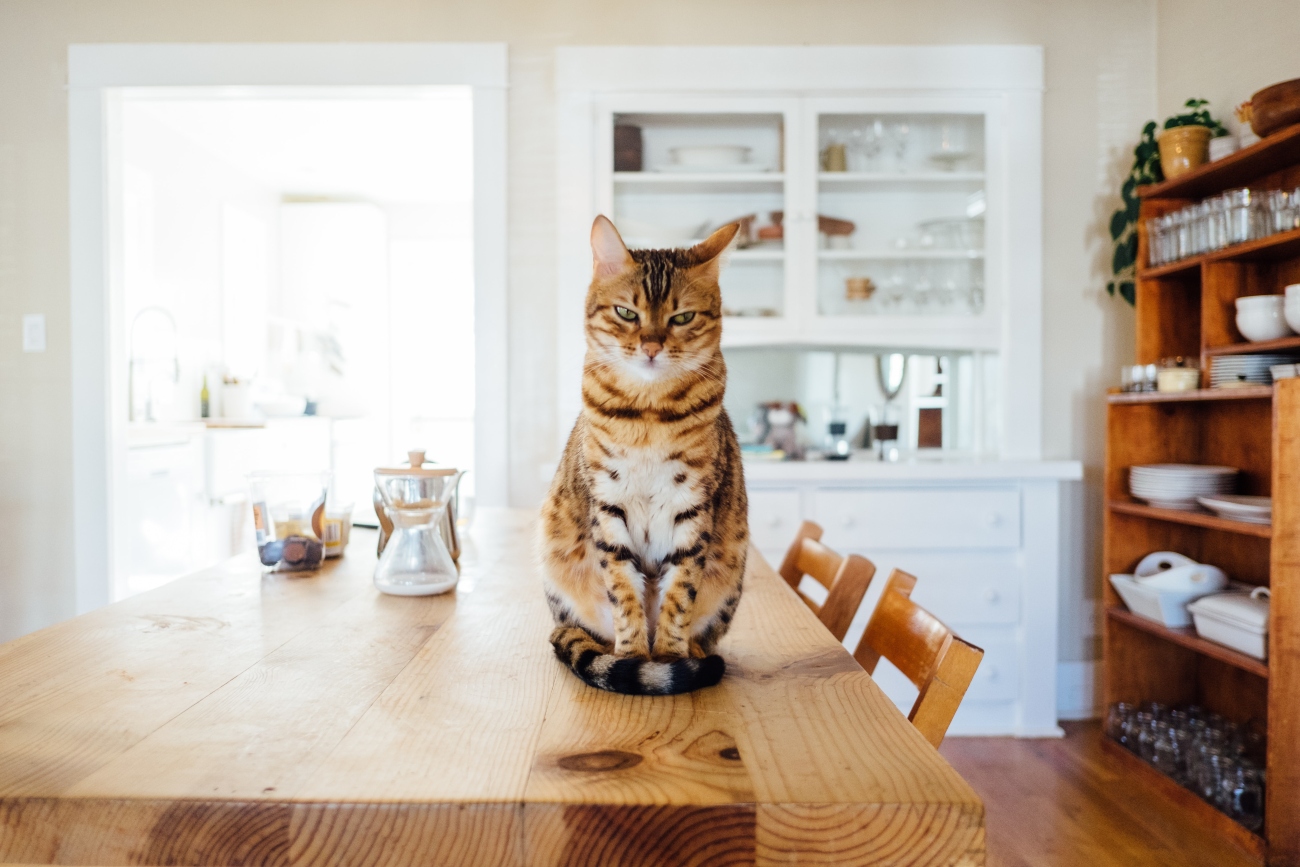 How to act around an angry cat

If your cat is showing all the signs of being angry, you have a few options. A simple solution is always to open a door and let them run away, allowing themselves to calm down naturally.

If they have a favourite toy that they like to play with, grab it if it’s within reach and see if that helps to redirect their aggression. It might just be a case that they have some frustration they need to get out of their system.

If their favourite toy isn’t doing the trick, make sure it’s not you that they are perceiving to be a threat. Show them you’re friendly by lying on the floor or sitting on the sofa while remaining at a distance. If they approach you, keep nice and still and avoid any sudden movements.

However, if this doesn’t take the edge off their anger and the cat has no intention of taking themselves away from the situation, you might have to restrain them or you could be their prey! Rather than going with bare hands and arms, grab a pillowcase or a blanket which can be used to pick them up. Once they are restrained, a cat will usually start to calm down.

Sometimes a cat will show fear and aggression when they sense that they’re about to be transported, to the vet or elsewhere. Again, picking them up with a towel, pillow case or blanket, smother your cat’s legs and body – ensuring you keep their head free – and you should then be able to get them in their carrier.

If your cat is regularly showing aggression, it’s advisable to speak to your vet. You could try calling the 24-Hour Vet Helpline that comes as part of your Purely Pets cat insurance, too.

What if you get bitten or scratched?

It’s not easy to deal with an angry cat and get away without them leaving their mark on you! While we might be bigger and stronger than them, they have speed and agility on their side.

If you get bitten or scratched, you should wash any wounds with clean, warm water and keep an eye on them. The trouble with teeth wounds from a cat is that the puncture holes in your skin close over quickly and can potentially trap bacteria deep in the tissue under the skin.

Depending on the nature of the wound, the bacteria can spread to surrounding tissues causing a condition called cellulitis. Infected people may suffer from fever and flu-like symptoms and can be really quite poorly unless the infection is dealt with. 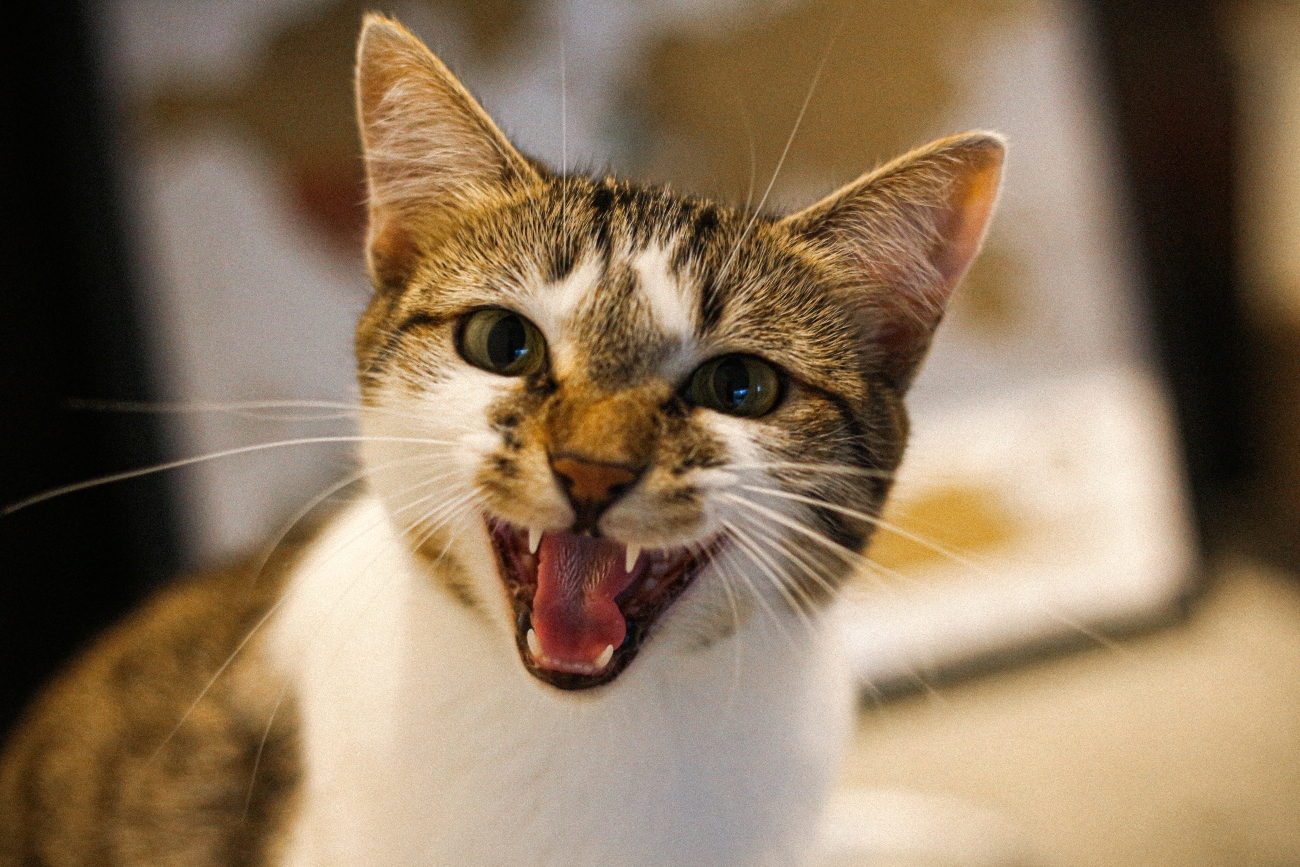 If the wound becomes red and hot, this can be the sign of an infection, and you should seek medical attention.

Most of the time, as long as the bite and scratch marks are washed thoroughly, you will be OK. But it’s always wise to be cautious and speak to your GP if you are concerned.

For more on what diseases you can catch from your cat, check out our guide on exactly that. You might want to focus on the section on cat scratch disease (CSD). Caused by the Bartonella henselae bacteria, CSD, as you might’ve guessed, is caught from cats (often kittens) when they bite or scratch.

The symptoms of CSD include bumps or blisters where the bite happened, swollen lymph nodes, tiredness, fever and headaches. Even though this is a relatively harmless condition, it could affect children or those people with a weak immune system more severely.

As we know, cats are curious, feisty and adventurous creatures. These characteristics can see them getting into all kinds of scrapes. Cat insurance is a life-saver (nine times over, if necessary) for owners when your cat overestimates their abilities!

Here at Purely Pets, our cat insurance provides your cat with the care they need to make a swift recovery, so that they can get back to prowling round the garden, tucking into their favourite treats or lying in that special sunny spot in the living room.

Remember that policyholders can also call our 24-Hour Vet Helpline if they need advice about their poorly pet.

Get your cat insurance quote from Purely Pets today!