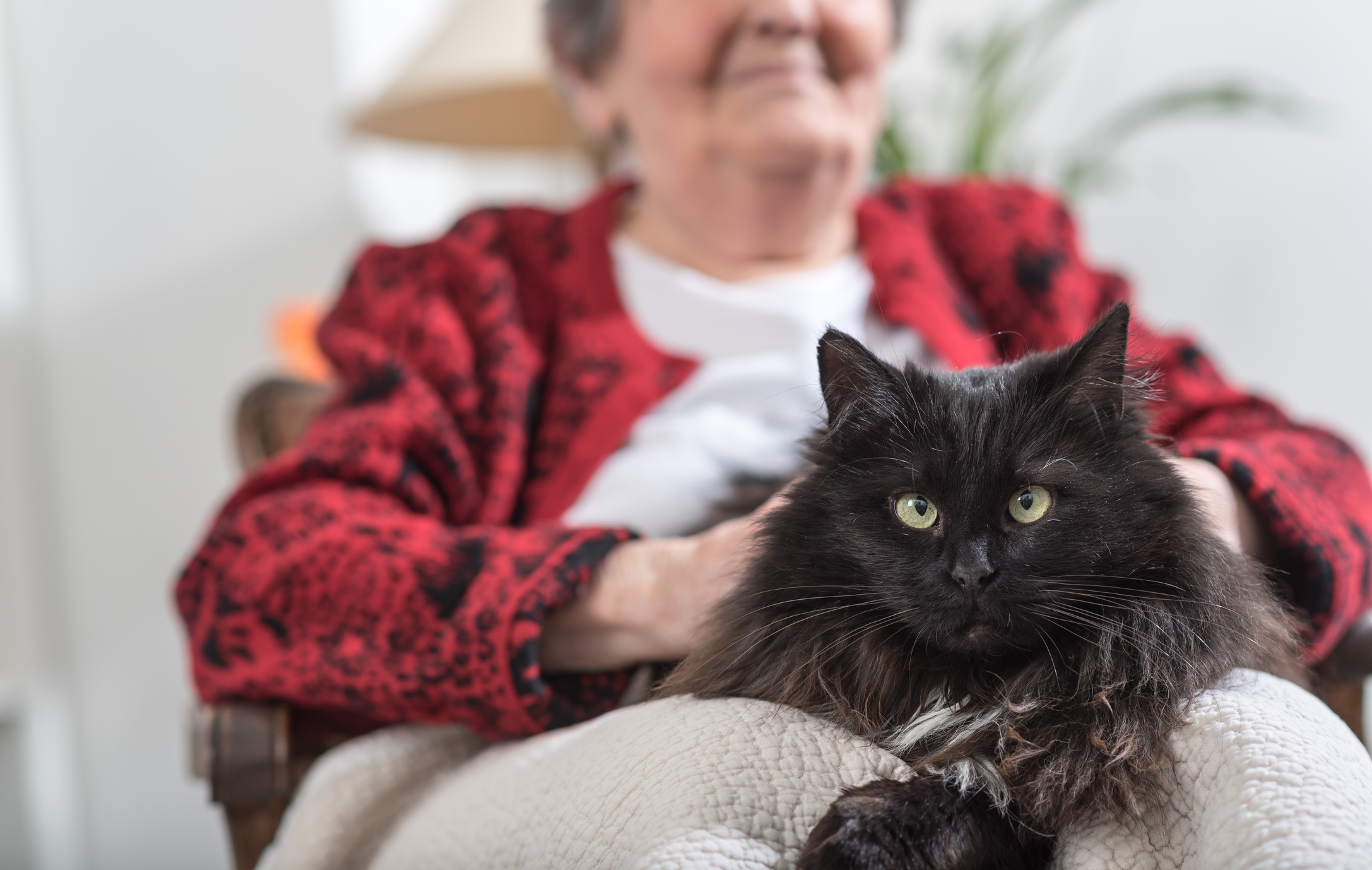 Do cats get more affectionate as they get older?

Owners of older cats will often tell you that their feline friend has become more affectionate as they’ve got older. It’s true to say that as cats age, most of the time they are less interested in playing all day and more interested in curling up on the sofa next to you (or on your lap if you’re lucky!), but is this a sign of affection, or is it just getting old?

Of course while some cats get more affectionate as they age, this is not true for all cats and can depend on a number of different factors such as personality, environment, breed and more. Age also comes with physical effects that often cause cats to decrease activity and become less playful.

Like humans, cats show affection in different ways. Some cats love to cuddle, whereas others will show affection by rubbing their face against your leg, or even head-butting you! However, it’s not always easy to tell if your cat is giving you affection, or trying to get your attention. For example, here are some signs of attention-seeking that could indicate your cat wants something from you:

With older cats, what can be perceived as more affection, could also be a sign of aging. For example cats that start to lose their hearing may become more vocal, so it will seem as though they are demanding more of your attention.

Cats can also become more affectionate due to their brains aging. As they begin to lose sight or hearing ability, they can become more confused and prone to disorientation, which in turn can make them feel more anxious and become clingier as a result. Here are some signs of anxious cats to look out for:

If you’re worried about your cat displaying any of the above behavior, it may be wise to check in with your vet, in case there is underlying pain causing a change in their personality.

So, what’s the verdict? Well, cats are notoriously elusive, and it’s hard to tell how much of their affection is down to personality or aging. However, most cats have the potential to be incredibly affectionate under the right conditions. If you play with them, treat them with love and affection, but remember to give them their space, they will reward you with love that lasts a lifetime.