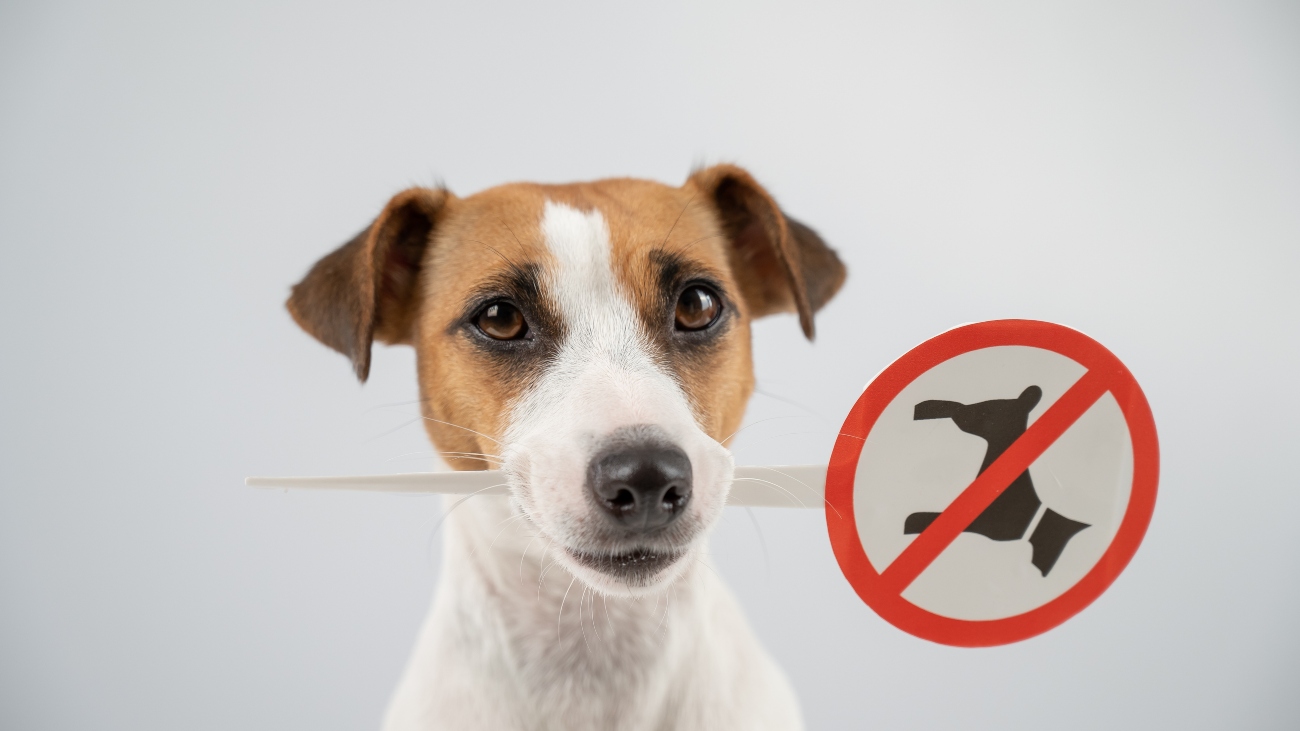 In the UK, it is illegal to breed, sell, abandon, or give away certain types of dog. In this guide we’ll discuss which breeds have been banned, what happens if you own a banned breed, and what to do if your dog is ever involved in an attack.

Head to any park or green space in the UK and you’ll almost certainly come across a dog – or five.

With pet ownership rising in recent years, there are currently more than 10 million dogs in the UK. And every one of those dogs is unique. They all have their own personalities, temperaments and mood swings.

Generally speaking, these distinctive traits make us love our four-legged companions even more. But sometimes those differences have a darker side, namely aggressive behaviour.

Dog attacks are a significant problem in the UK.

ONS data cited by The Independent confirms there have been 32 fatal deaths from dog attacks in the 10 years up to 2022. Meanwhile, figures from the NHS confirm that hospitals had to deal with an average of four dog bite cases involving children every day in 2021.

Dealing with dog bites cost the NHS nearly £71 million between April 2017 and March 2018. And the Royal Mail cites dog attacks as one of the biggest reasons why its staff quit – postmen suffered 32 dog attacks every week in the year to March 2022.

And the outcome isn’t great for dogs either. Serious incidents can lead to an animal being destroyed, simply because they reacted instinctively to a stressful situation.

Statistics aside, the RSPCA has stated there is no evidence to suggest that any one breed of dog is more aggressive than another. However, one thing is clear. Certain types of dog have the potential to cause fatal injuries if they don’t receive the correct training.

Not all of our four legged friends are the same, which is why pet insurance for senior dogs is a must. It will give you the cover you need when you need it the most.

Dog breeds banned in the UK

In the UK, it is against the law to own the following breeds:

All four of these breeds were banned when the Dangerous Dogs Act came into force in 1991.

Here’s a look at each of those breeds in more detail.

Originating in England, the Pit Bull was bred as a fighting dog, frequently taking part in blood sports such as bear baiting. But its reputation for aggression continued long after blood sports were banned.

The 1980s saw an increasing number of reports of unprovoked attacks by Pit Bulls on humans – between 1981 and 1991 there were 15 fatal dog attacks in England and Wales. So, in 1991, the UK government decided to take action, banning the breed along with three others.

While there is no concrete evidence to say Pit Bulls are more aggressive than other breeds of dog, their association with criminals (who trained them to attack) didn’t help their reputation. 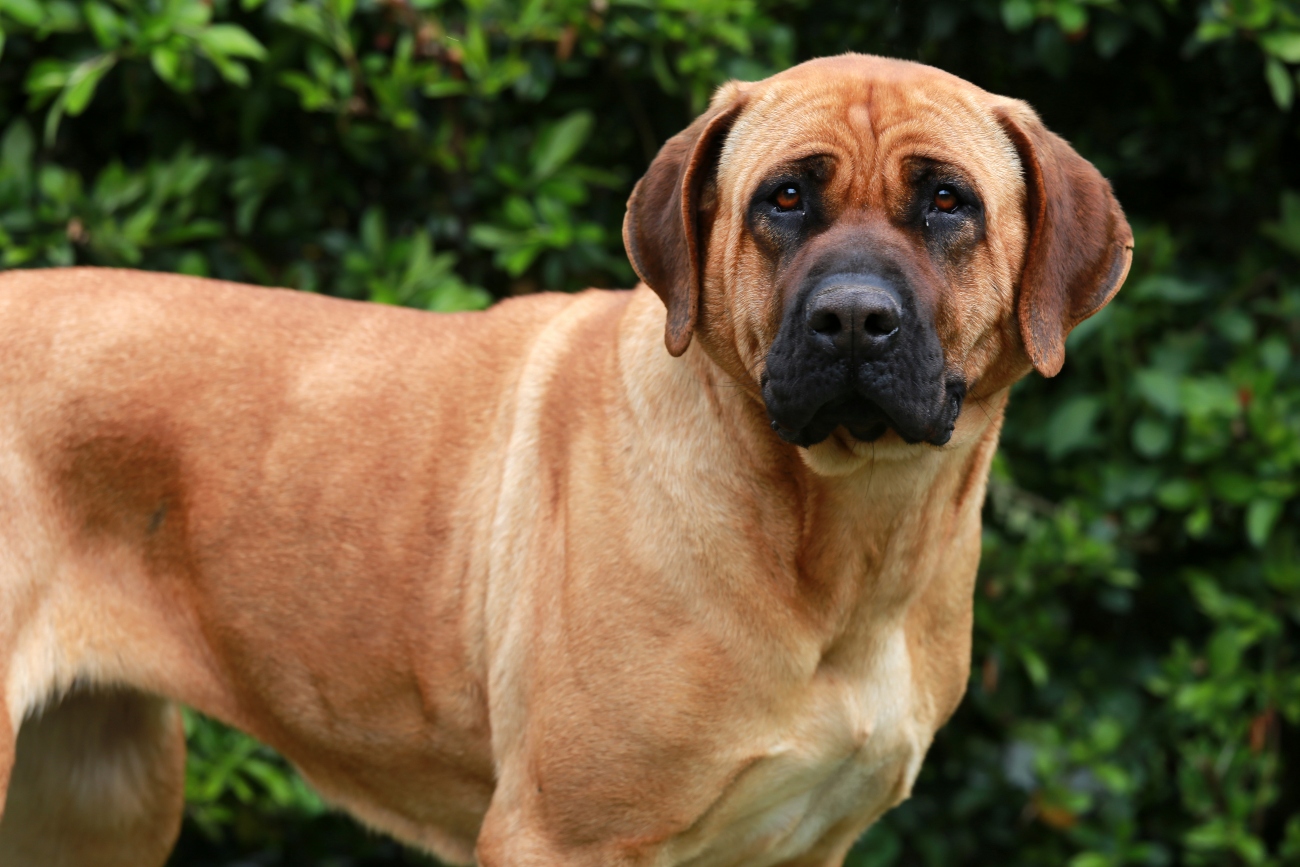 About 150 years ago, people living in the Tosa region of Japan decided to breed a sumo-wrestler style of dog. The result was a large, thick, strong breed – the Japanese Tosa, also known as Tosa-Inu, Tosa-Ken, and Japanese Mastiff. These Tosa fighting dogs became extremely popular in Japan, but the breed was nearly wiped out during World War II.

Just a few remained, and the breed gradually increased in numbers again. In Japan today, the breed is regarded as a national treasure. Meanwhile, in the UK and 14 other countries, including Australia, Turkey, Norway, Israel and Cyprus, it is banned.

The Dogo Argentino was originally bred in the early 1900s in Argentina for big game hunting (including wild boar and puma) and as guard dogs. The aim was to produce a dog that was inherently brave, but also fiercely loyal and protective of its owner.

Over the years, it has been crossed with breeds such as the Great Dane, Mastiff, and English Pointer to create a much bigger, stronger version. The Dogo Argentino is banned in the UK, as well as in several countries around the world and a number of US states.

This large breed of dog is thought to have been developed in the 1400s in South America. It was bred to be a working farm dog, used to protect cattle and catch predators. It is known for its excellent tracking ability; rather than attacking its prey, it will trap it and wait for the hunter to arrive.

This breed is known to be stubborn, domineering and highly intelligent – a combination that makes it unsafe to be kept by inexperienced owners and has led to it being banned in the UK and other countries.

What happens if you own a banned dog breed?

If you’re the owner of a banned breed of dog, the police could take it away. This applies even if your dog hasn’t acted aggressively or no complaints have been made.

A council dog expert will assess what type of dog you have and whether it is (or could be) a danger to the public.

Depending on the verdict, your dog will then either be released or placed in kennels while an application is made to court.

There is a possibility that your dog could be placed on the Index of Exempt Dogs. But this is only possible if a court decides it is not a danger to the public. If this is the case, you will be able to keep your dog as long as you meet certain conditions.

As the Gov.uk website explains, as the owner you must:

When it comes to your dog, you must have it neutered and microchipped. It must also be kept on a lead and muzzled at all times when in public, and kept in a secure place so it cannot escape at other times.

What is the Dangerous Dogs Act?

The government introduced the Dangerous Dogs Act in 1991.

As well as banning the four breeds listed above, the Act also makes it an offence for a dog to be out of control, bite someone, or attack a person. As a result, whatever type of dog you own – however calm and good natured it might be – the Dangerous Dog Act applies to you.

Here are the key points you need to know:

If your dog is deemed to have behaved in a threatening or aggressive manner, you could face up to six months in prison and a fine of up to £5,000. If your dog actually injures someone, that increases to up to two years’ imprisonment.

If your dog attacks another pet, whether deliberately or otherwise, you may also face a fine and a prison sentence. If a dog has attacked a person or upset livestock, it could be destroyed.

A dog attack is illegal – wherever it takes place

When the law was first passed it stated that it was illegal for dogs to be “out of control in a public place”. But in 2014, it was updated to include dog attacks that happen on private property (i.e. inside homes and in gardens).

A dog is considered out of control if it injures someone or makes someone worried that it might try to injure them. Whether this happens in a public park or in a privately-owned home, it is considered an offence.

Dogs can protect owners from intruders

The law around dogs biting other dogs is seen as something of a grey area. The onus is largely on whether a dog was adequately controlled by its owner.

A court will look at the circumstances surrounding an attack and decide whether or not an offence was committed. It is always considered an offence if a dog attacks an assistance dog.

If your pet is attacked by a dog, you should report the incident to the police immediately. With the rising cost of veterinary treatment, pet insurance for senior dogs will ensure you are covered financially should your dog fall victim to an attack.

The Dangerous Dog Act is far from perfect

The Dangerous Dogs Act is not perfect. In fact, it is often cited as a perfect example of how not to pass new legislation. It passed through the Houses of Commons and Lords with such speed, it is thought not to have been subjected to the same levels of scrutiny as other laws.

There is also the issue that by blanket banning four specific breeds, the legislation creates a sense of complacency that all other dogs are safe. But in truth, plenty of breeds - if placed in a stressful or frightening situation - will act aggressively, whether they’re old dogs or young pups.

Learn more about dog and cat laws that affect you and your pet.

What new breeds could be added?

There are currently four breeds on the UK’s banned dog list. However, it might not stay that way. More breeds could be added.

One of those is the Belgian Malinois. This breed has strong herding and guarding instincts and is inclined to chase and bite things. Owners of this breed need to provide training on a regular basis. Without it, dogs can become anxious and attack their owners or other people they come into contact with.

Older dogs can be vulnerable to attacks by other dogs. If you have an older, slower pet, you might decide to keep them on the lead when in public spaces to reduce the risk.

Caution is always key, and taking out pet insurance for senior dogs can help you cover veterinary costs should your pet require treatment.

We’re already seeing an increase in the number of Belgian Malinois needing to be rehomed because their owners are not able to look after them properly. But with puppies being sold for as little as £650, an outright ban might be the only option.

What to do if your dog is involved in an attack 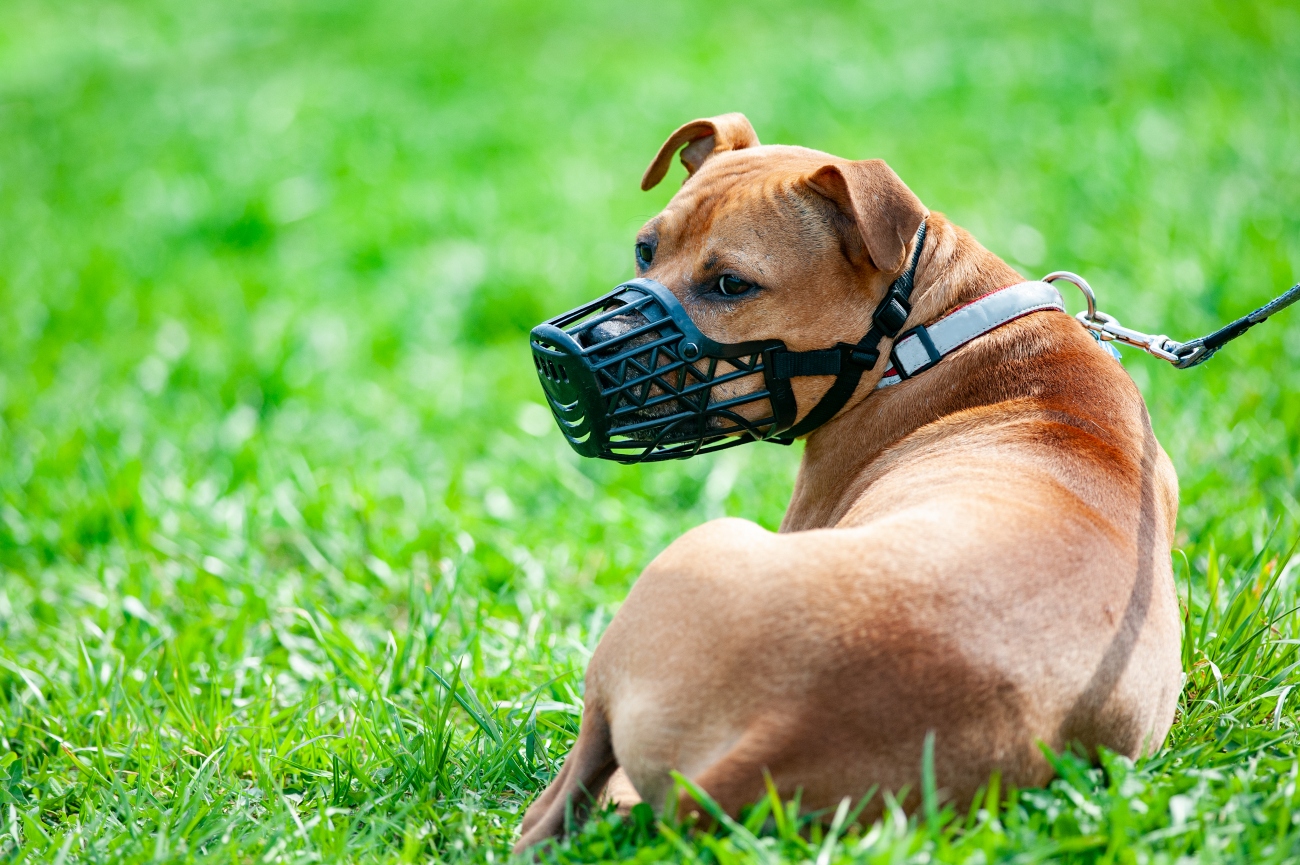 Dog versus dog attacks can happen for a number of reasons. For example: if a dog hasn’t been well socialised; if they aren’t comfortable around other dogs; or if playful behaviour gets misinterpreted by another dog as a sign of aggression.

But whatever the cause of conflict, the consequences can be serious. Here’s what to do if your old dog is on the wrong end of an attack.

However superficial a wound looks, the real damage could lie beneath. Dogs have large, powerful teeth which can cause harm to organs. A vet will be able to identify any issues and treat them accordingly.

This is important for dogs of all ages – especially for older dogs. By taking out pet insurance for senior dogs, you’re covered for the cost of treatment and can access that treatment quickly and efficiently.

If it’s a more serious attack, you might want to note down the name and address of the other dog’s owner. It is also a good idea to take photos of your dog’s  .

Taking photos after such an incident may not come naturally to people but it can be extremely important should you need to provide evidence of what happened during the incident.

Following an attack, you may notice your senior dog appears jumpy, agitated or anxious. If you notice this behaviour, there are things you can do to manage the situation.

For example, in the immediate days and weeks after the attack, keep your dog away from other canines and the place the attack happened. After a period of time, you can then revisit the park, sitting with your dog and rewarding them with treats for good behaviour.

From there, you can build up to closer encounters with other dogs.

A dog will encounter risks throughout its life - not just when it’s a puppy. That’s why it’s a good idea to protect them with pet insurance for senior dogs. Here at Petwise, we specialise in finding cover for senior dogs over seven years of age.

Find out more about what senior dog insurance covers now.

We can help you find the right insurance to suit your pet and your budget.

Get in touch with our team of specialists now for a free quote.